Sunday 10 February 2008: Up to 500 anonymous protestors gathered outside the London Scientology church near Blackfriars station. 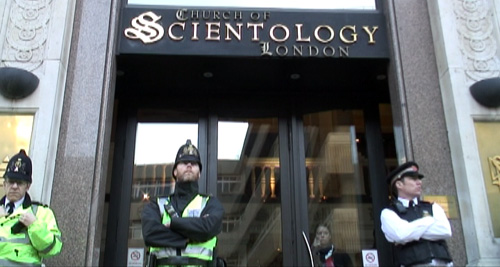 Police guarded the church entrance. Re-enforcements were soon brought, some on horses, when the size of the protest grew to larger numbers than expected. 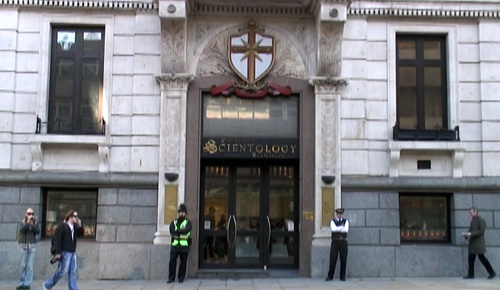 Scientology is still yet to be recognised as a religion in the UK. Many still consider it a cult, some would say dangerous. 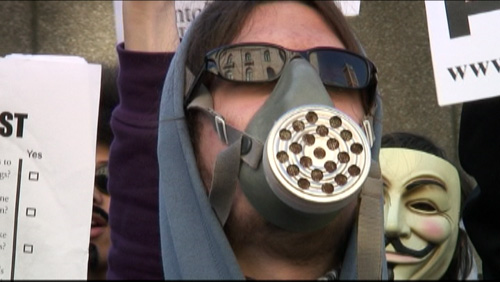 The masks of the protestors varied from gas masks… 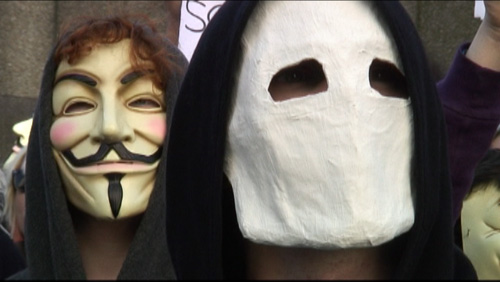 …to the downright weird, but the theme for the majority that day was V For Vendetta. 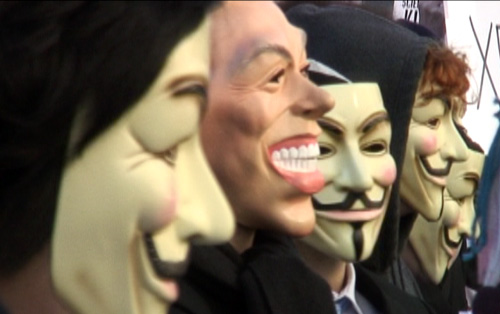 The reason behind the protest spiralled from the Internet on to the streets of the world that morning, as protests took place across the globe simultaneously, because of concerns of Scientology censoring information that goes against the religion, the harassment and threats against international journalists who dared to investigate them, and a spate of bizarre deaths of Scientology members.