For many years David Cozens was a soldier, a Royal Engineer. Among other places he served in Northern Ireland, serving Queen and country. On one occasion he even sat on a bomb for her, accidentally. 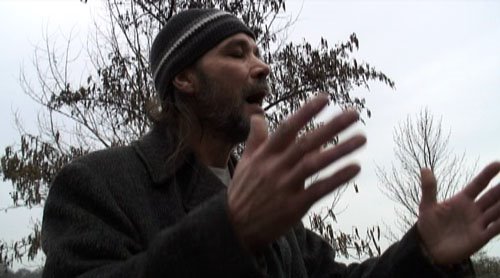 Nowadays he is the president of Cogers Free Speech Society the oldest society of its kind. On Sunday 25 February 2008, I caught up with him at Speakers Corner in Hyde Park, London, and cut a short film of the video shot that day. 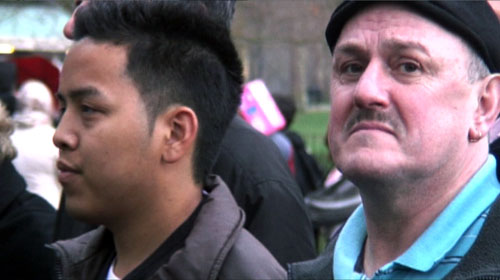 Speakers Corner is always an interesting day out for anyone, either for fun, abuse throwing, or for a serious debate. 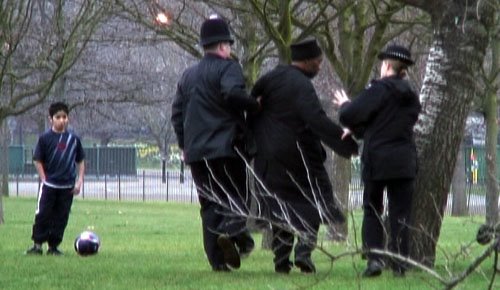 But as Cozens pointed out, Speakers Corner has always been a centre of religious extremism, more so in recent years. The still above shows police officers leading a Muslim speaker away after he insulted women in the crowd, calling them “bitches”, among other things, for not wearing a veil. Regular attenders told me this was not the first time police felt compelled to remove him.

Cozens said his aim was to try and bring the speech back to ordinary people and also discuss issues that affect us all, rather than spilling out yet more faith and religion like the other speakers there every weekend.