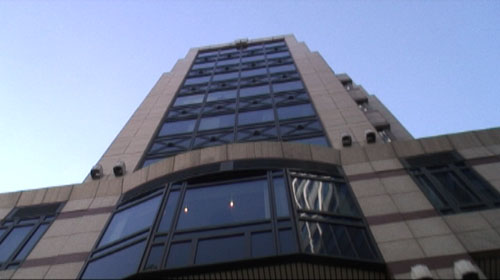 City Place, Moorgate, London
The cleaners of City Place get the base rate of pay, £5.52 per hour, earning them the title of the lowest paid cleaners in London City. Also they recieve no sick pay or holiday pay. 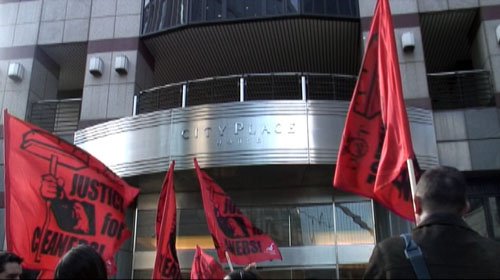 The loud and disruptive protest was to call on the owners of City Place to pay their cleaning staff a minimum wage of £7.20 per hour. 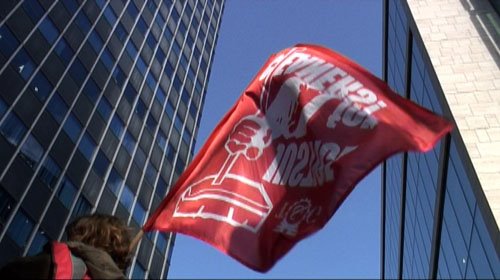 The final chant from the protestors, “We’ll be back and that’s a fact,” is now a catchphrase of the Justice For Cleaners protests that have already forced many financial district companies to pay a working wage for their cleaners.