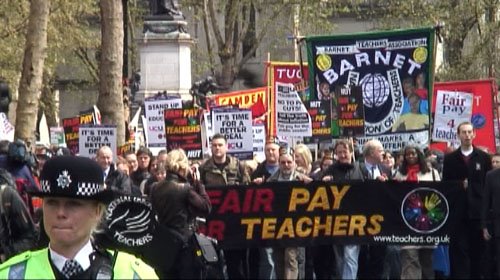 Led by the National Union of Teachers (NUT), the protest past Downing Street and the Houses of Parliament coincided with the public sector national strike. 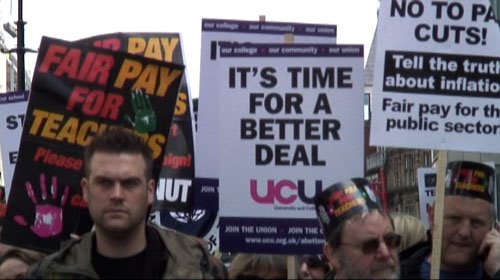 Some 8000 UK schools were closed that day, which seemed to be the focus of most of the media response, generating the image of irresponsible teachers forcing children to lose one day’s education. 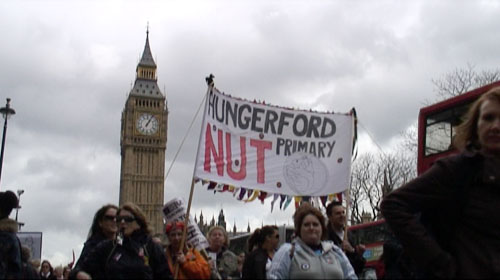 Little to no blame or finger-pointing landed on the government – or Gordon Brown himself – a government that sees fit to ensure all its public sector workers spiral into further poverty with below inflation annual pay increases, as the global recession, credit crunch and world food and water shortages increase daily living costs. The average UK family food bill has already increased by £15 per week in the first month of the food shortage affect on Britain.

Below is a short video rush of widescreen (16/9) shot on the day.