In the run-up to the UK local elections and the London mayoral race, on Saturday 19 April, fascist group the National Front (NF) decided to march in Eltham, London. 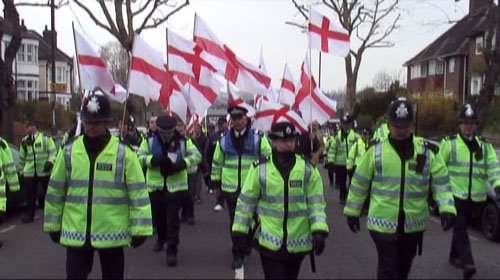 As luck would have it they only managed to muster 22 protestors. But the contentious point was that the march was planned to pass the memorial of teenager Stephen Lawrence, who was murdered in a racially motivated attack in 1993, but police refused to allow this to happen. 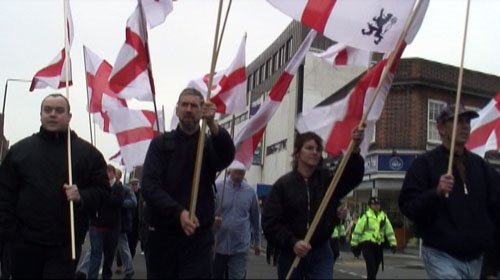 As the NF marched through Eltham they met jeers and abuse from locals, who called them fascists. Some NF members returned fire, calling people “traitors” to their country. Only a few members of the public supported them. 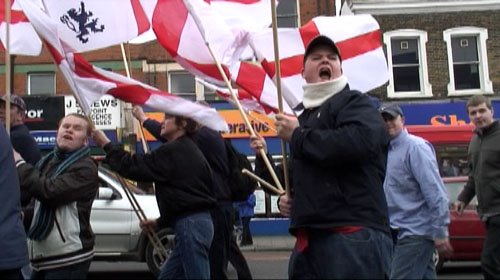 The march went from Eltham station to New Eltham station, where the NF gathered for a few words before being escorted on to trains back to central London. 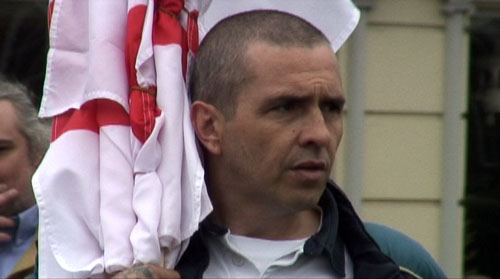 Among them was this man, identifed as Stuart Hollingsworth. A work colleague informed me this was the man who took an industrial hammer to the Stephen Lawrence memorial. 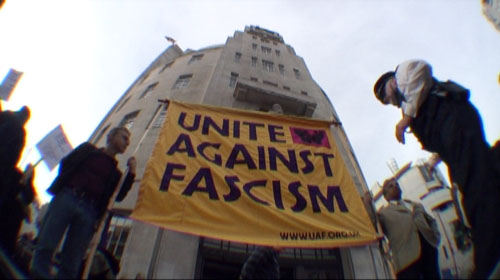 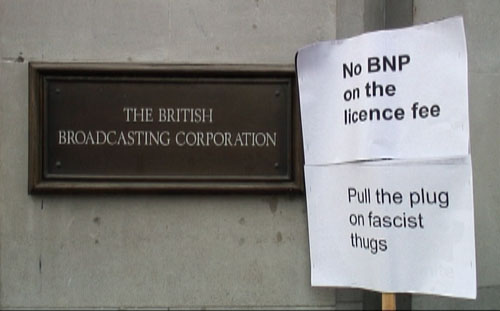 As the smallest Mayday Workers and Union march took to the streets of London in the annual Mayday protest, the UK voters entered the polling stations. 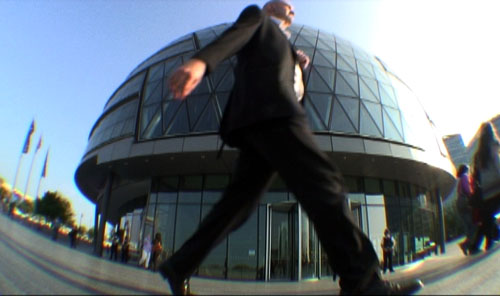 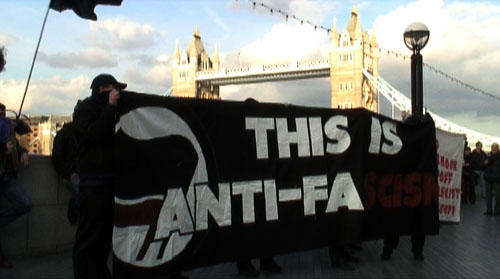 On the evening of Friday 2 May anarchist groups Antifa and Class War protested outside the London GLA City Hall, opposing the election of right-wing Boris and the announcement that far-right BNP candidate for Dagenham Richard Barnbrook had won a seat on the Greater London Authority (GLA).

The Metropolitan police response was heavy that night. 40 riot vans were counted in the car park at the rear of City Hall, an estimated 320 police . Foward Intelligence Teams (FIT squad) were also out in force, documenting and photographing protestors and journalists.

and with the FIT squads, protestors following the FIT Watch ideal were also out, using banners and black cloth to disrupt police surveillance.

Since the election the GLA City Hall has now become a centre for protest against fascism. 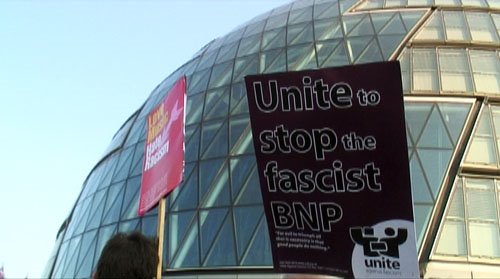 Everyone from Gay Rights, Socialists, Unite Against Fascism and Love Music Hate Racism
have massed on the building overshadowed by Tower Bridge. 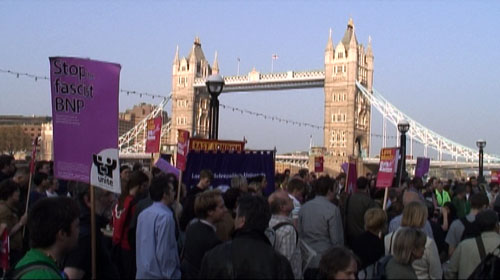 But as one hippy put to me over that first weekend of a BNP member being inside the GLA, and considerable votes falling to the party country-wide, that politically active UK citizens consider the “respectable face of fascism” – Bexley in East London 11,000 voted National Front (the less respectable face of fascism) – the votes and elected politicians only reflect the views of the UK public, which is more of a concern than anything else. 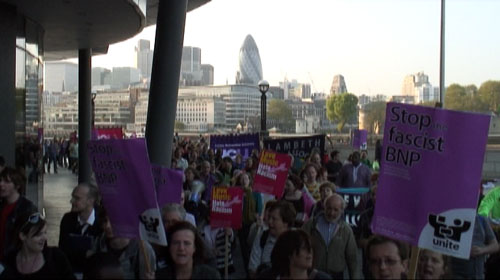 It is only ignorance to the issues that breeds fascism. A country and economy crumbling, and the public want someone to blame. And it is easier to point the finger at a defenceless target – immigration, for example – rather than admit it is the global running of this planet, what has hit what we used to call the Third World – rebranded the Developing World, to make is sound like things are getting better in those countries because of organisations like the World Trade Organisation (WTO), World Bank and International Monetary Fund (IMF) – and the effects of those systems are now hitting home through food shortages, global recession, credit crunches, gentrification and public sector privatisation. 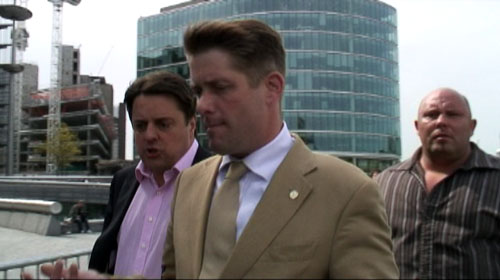 On Friday 9 April the GLA opened it’s doors on the first public meeting, and Barnbrook rose to the challenge of his ego, making a statement about abuse towards him from the public to the elected delegates of the GLA who have dared to publically call him fascist. The tyrade of nothing less than threats was captured on video below.