Since September 2007 I have been covering a small yet very powerful protest in my own area, the Tent City Occupation.

Four videos were recently posted to YouTube to highlight the Wembley teachers campaign to halt the privatisation of UK state education and save the Wembley sports ground from coming under the control of Academy School funder ARK, run by French/Swiss financier Arki Busson. 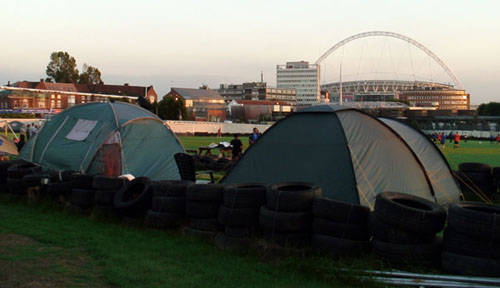 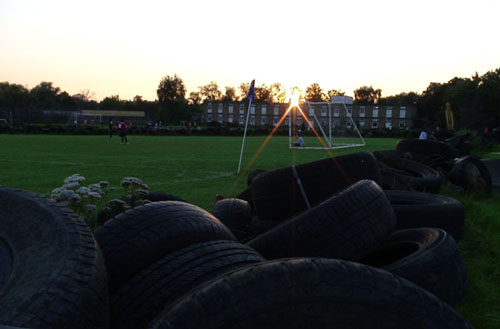 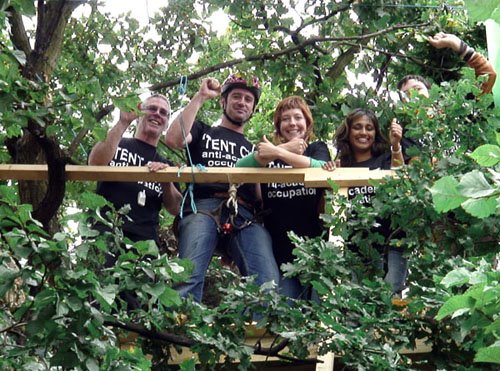 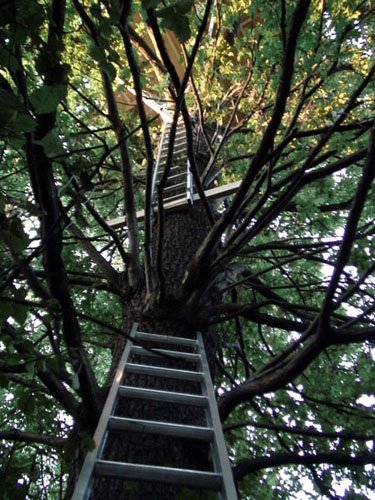 During an interview with a prominent North London Liberal Democrat MP (who will remain nameless) in 2007, I asked why the UK needs funding from private interests to keep our schools going. The MP replied, “we have no choice, there is no other money left”. 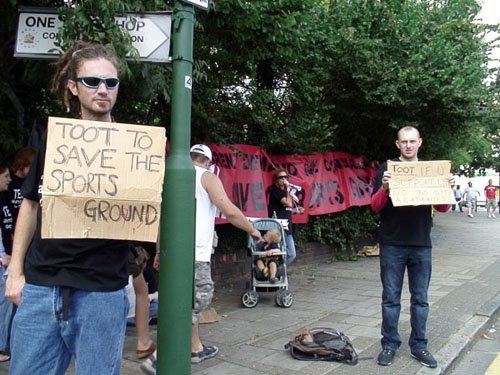 This is one of the issues behind a now national campaign, supported by the National Union of Teachers (NUT), to keep private interests out of all education. The money comes from the UK taxpayer, which the private investors are then able to make a profit from, at the expense of children’s education – profit from public money. It is not a new concept. Since the beginning of Britain’s public sector sell-off, taxpayer’s money has gone into the pockets of the private sector – from refuse collection and elderly care to the buses and trains. 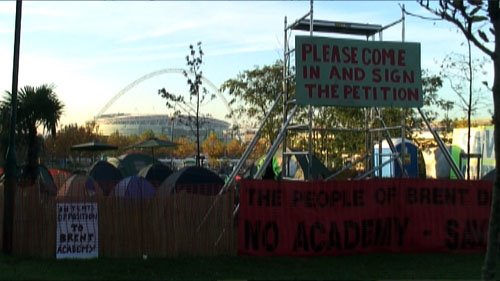 By November 2007 the Wembley Teachers had moved the protest forward, from squatting and occupying the Wembley Sports Ground to spontaneous camps sites springing up around the borough, known as Flash Camping.

The other issue with private investment taking over education is what control those investors have on the school curriculum with four of 10 academies opening in the space of one week in 2005 being run by evangelical Christian groups.

The Vardy Foundation is the most prominent of these evangelical groups and have been the target of much criticism over recent years.

Another academy horror story I have picked up while following this story was the creation of a telesales call centre being opened up at one school to replace other extra-curricular activities. 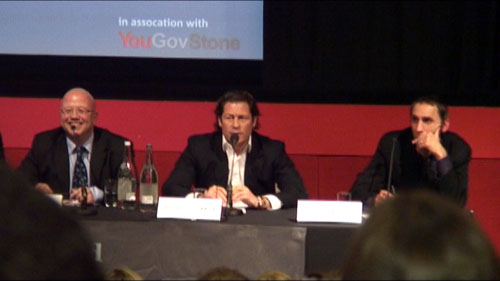 Arki Busson with Will Self

Following months of frustration at the “public consultation” meetings with Wembley Academy sponsor Ark, in December 2007 the teachers invaded the Evening Standard seminar on whether the financial City, the richest institutes in London, UK and the world, should give more back to the poor and needy. 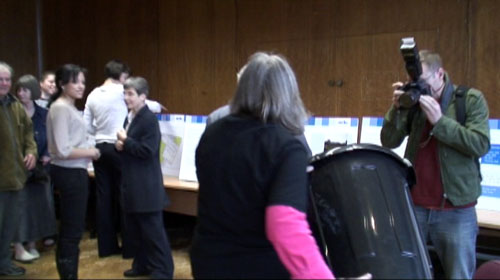 Months of petitions and written opposition followed the Arki Busson Invasion, both from the teachers and a majority of the public in Brent. But, from the regular email updates I received, it was to no avail. The government, local and national, were not listening to their people. 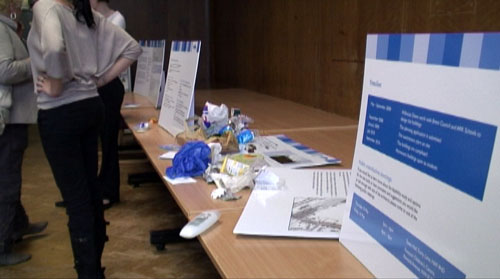 In response the Wembley teachers attended the Ark public consultation in May 2008 and threw rubbish over the display. The response from the few community members who were able attend was on the side of the teachers – the public consultation was only open during work hours, so most people, even if they wanted to, would not have been able to attend. 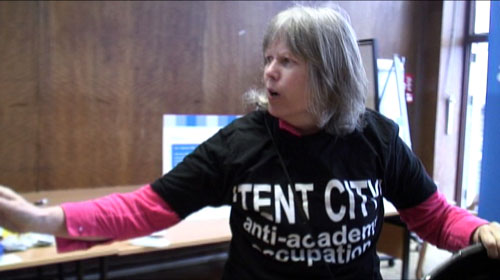 It would seem this issue is not going away. And neither are the protestors or the opposition to the Wembley Academy.