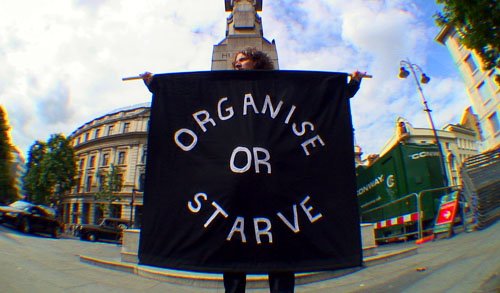 “I’ve always been very interested in protest,” said artist Sharon Hayes, as she explained the banner she held that said, “Organise Or Starve”, a slogan that was prominent during the 1933 unemployment strikes.

I asked her if she thought the slogan was poignant at the moment, taking into account the current global food crisis.

Hayes agreed, adding it was particularly interesting how such histroical political statements can mean just as much 75 years later.