It is unfortunate that it takes three days of 14-hour working days back in London to be able to actually blog, cut and post a short video depicting some of the original issues behind the 2008 Camp For Climate Action at Kingsnorth in Kent. 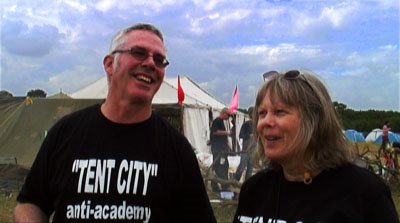 On Thursday 7 August I caught up with Wembley Anti-Academy protestors Hank and Jean from Tent City Occupation. 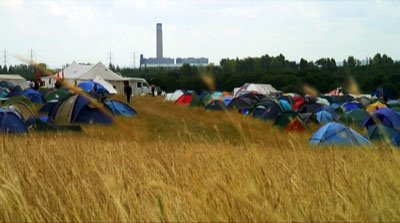 They attended the camp for several days in order to further spread the word about the privatisation of UK state education and also to gain some pointers on further direct action, the camp workshops being a major part of what Climate Camp is about. 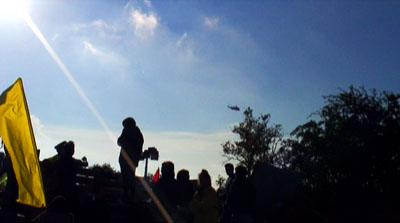 All week the camp ran various workshops educating, informing and teaching everything from sustainable living to direct action tactics. Film shows ran every night, including showings of the Wembley Tent City Occupation films. 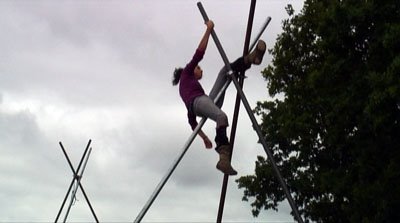 The Hank and Jean interview (see below) hopefully pulls the Climate Camp coverage back from the reports of police raids, suspected weapons caches and the worst harassment of UK journalists by police in many years, giving a real feel of what these gatherings are really about. 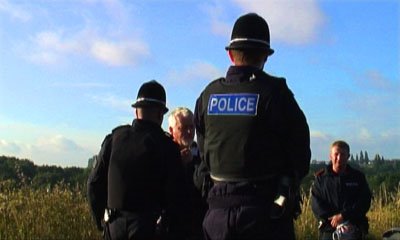 Still, the police/press issue remains and does not seem to be going away just yet. From my own point-of-view, having covered such gatherings and protests for many years, last week in Kent was some of the most disruptive actions by police on journalists. When the bombs went off in London on 7 July 2005, it was still easier to operate around the G8 summit at Gleneagles hotel near Stirling, Scotland.

The entire Hoo peninsular was hit with a blanket Section 60 of the Criminal Justice Act, and, as has been the case more recently, and the leading issue in many recent debates and arguments on police media guidelines and press freedom, all journalists were considered with as much suspicion as any protestor. 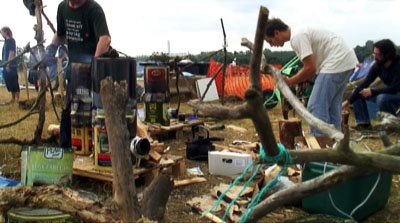 On the protest and action itself, I recently reported that Kingsnorth had been shut down over the Climate Camp week for maintenance work. Only the main boiler systems were still active – a statement that had come from E-On. Now the energy company have stated the protests and action did not stop any energy production. Yet published Kent police charge sheets say protestors were charged with shutting down the water cooling systems. Which information is correct?

One thing is certain, the actions have not stopped. Since climate campers headed home and a hard-working group remained to put the field back to how it was before 2000 people descended on the site, protestors have hit Smithfield Meat Market and BHP Billington in London and Mildenhall US Air Base in Suffolk.