Monday 8 December 2008: Protestors blockaded and shut down the London Greek Embassy in a solidarity protest for the Greek teenager Andreas Grigoropoulos. 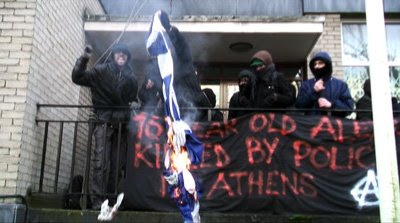 Since the young activist’s death, who was shot by police officers, most main cities across Greece have exploded in rioting and clashes between police and protestors. 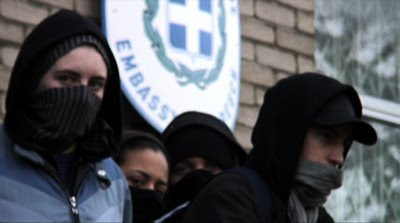 The shooting of Andreas seems only to have been the ignition of the unrest in Greece, as mass opposition to social and economic reforms have also sparked a general strike. 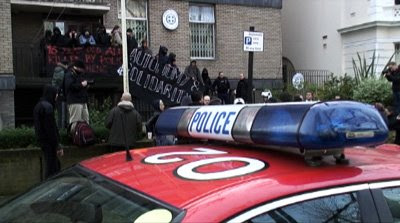 Also on this issue:

Met Investigation Into Obstruction of Journalists