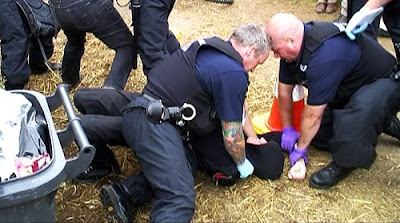 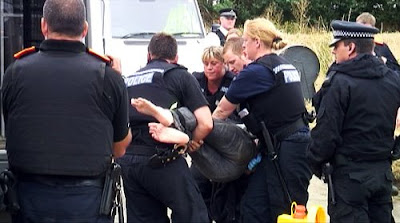 The story of the arrests and four-day imprisonment for trying to photograph police officers with no identification numbers, by Paul Lewis and my good friend Marc Vallée in the Guardian, moved from print and online content on Monday night to Channel 4 News. 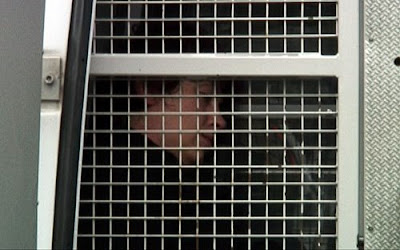 Reports have now also come from the BBC, but it was first reported here the night after the brutal arrests took place and was documented in the two part film Covering Climate Camp.

For the journalists covering these scenes on Friday 8 August 2008 this was only part of the story as all photographers and video journalists that day were stopped and searched, followed to their cars, searched again, then followed three miles to a McDonalds resturant, used for filing images, and put under surveillance by a police unit.