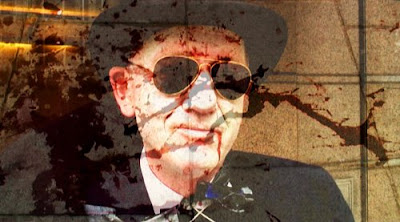 Thursday 18 June 2009: The Government of the Dead returned yet again to the streets of London. This time the pack of zombies, complete with their own picnic, massed outside Labour Party headquarters, opposite New Scotland Yard. 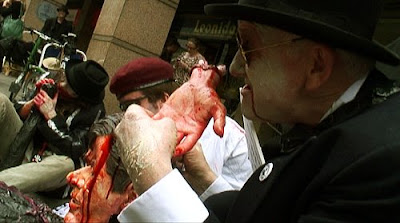 The purpose of the massing zombies was to assist in the death of Gordon Brown and New Labour, as they were taking too long – although, since their rise to power in 1997 I alwaysd preferred the title Neo Labour.

With the zombie government came a life-size effigy of Gordon Brown, which was soon set upon by the ravenous undead. It was torn to shreds, blood and innards spilling out across the pavement, under the watchful eye of a slightly confused community support officer (PCSO). Was it murder? Or criminal damage? I have seen people busted for less. 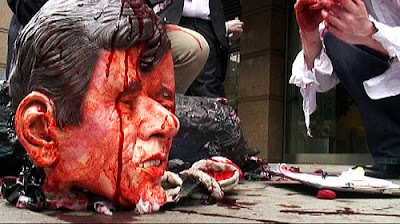 Government of the Dead: Fraud