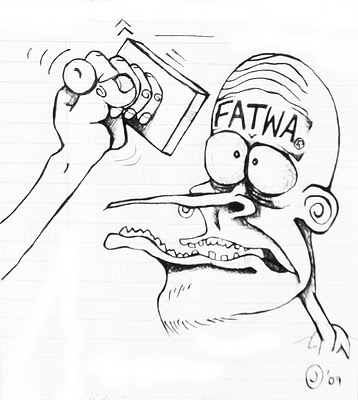 That was the year that was, 2009 – declared early on as the “Summer of Rage”. Trouble was the rage started before the year even began, as protests erupted outside the London Israeli Embassy in response to the festive bombing of Gaza. As a freezing January ensued several riots burst on to the streets of Kensington, hundreds were arrested and journalists limped from the street fighting bleeding and bruised. 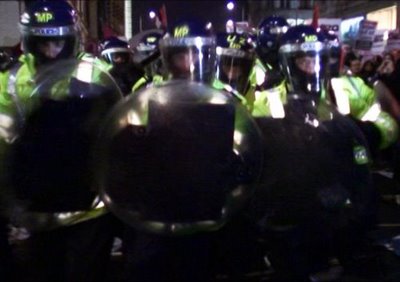 February saw the introduction of Section 76 of the 2008 Counter Terrorism Act, making it a criminal offence to photograph police and armed service personnel. In response campaign group I’m A Photographer Not A Terrorist descended on New Scotland Yard with over 300 cameras.In March the Guardian newspaper exposed the use of criminal databases on peaceful protestors, the extent of surveillance on journalists whilst covering the 2008 Kingsnorth Climate Camp in Kent and I gained a new nickname, “the bald one”, thanks to a Kent surveillance officer.

Then April hit, the G20 came to town and all hell broke loose. Again, scores were arrested and injured, journalists were beaten, battered and broken and one man lay dead after being attacked from behind by a TSG riot squad officer. A second video captured the moment when Tomlinson hit the ground. 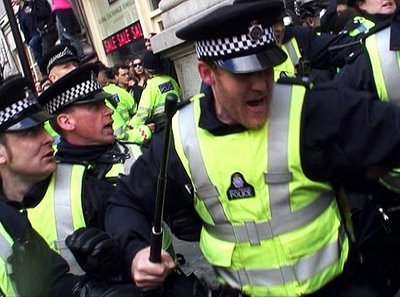 Two days later, I was on the Eurostar train to Strasbourg to cover the anti-Nato protests, still clinging to a mild concussion and holes kicked in both legs. The main day of protest panned out into an endless hail of tear gas, shock grenades and rubber bullets, with our team finally being pinned down as Black Bloc attacked French CRS riot police on a railway track with bricks, bottles and petrol bombs.

Mayday erupted into clashes with police in Brighton as the Smash EDO anti-militarist campaign group targeted the funders of the local bomb component factory. 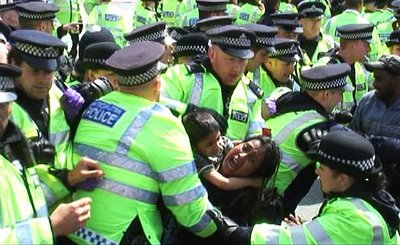 The London Tamil protests also ran through the entire first half of the year, leading to peaceful mass human blockades of the streets, bringing the captial to a standstill.

It was while covering the protests that an NUJ photographer was grabbed by police and forcibly detained. 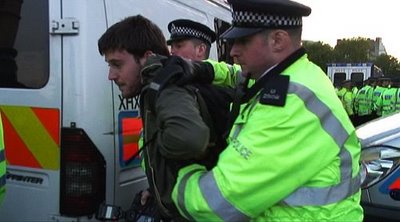 By the summer the expenses scandal broke and has ceased to leave the news since, as more ludicrous items were claimed for by our democratic representatives. Whilst trying to defend these claims for duck houses, hedge trimming, rocking chairs and “a fucking moat”, it exposed the innate contempt our politicians have for us.

In July the G8 delegates flew into L’Aquila, Italy, for another round of make-it-look-like-we’re-doing-something. The protests were small, but the three-day meeting in the earthquake zone revealed the extent of the friendship with Libya’s Colonel Gaddafi.Immigration, the most contentious issue in the UK today, became a top news story again. I returned to Calais, France two years after the film After Sangatte to cover the living conditions of those waiting to enter England in the hope their asylum claims would be accepted. On 22 September the French authorities cleared “The Jungle” refugee camp, but returning in October our team found all this had done was force the refugees to sleep rough on the streets as the harsh winter weather blew in off the North Sea.

The late summer also saw the arrival of the English Defence League (EDL) on to the streets of Britain and the beginnings of a rising far right movement. At first the protests were small, but always ended in violence. Nazi salutes and racist chants were captured time, time and time again, from a group claiming to be non-racist and non-violent. But by end of the year, it became clear the EDL were intent on creating a street army, their support coming from vaguely politicisied football hooligan gangs and far right groups such as the BNP, the National Front, Blood and Honour and Aryan Strike Force. Their goal, it would seem, is to stir up racial hatred, which they managed quite successfully in Harrow without turning up.

Climate change was a big issue again, as we head further towards the tipping point, thousands of protestors descended on Copenhagen in Denmark to protest the International Climate Summit and Climate Camp arrived at Blackheath in London for a week of protests across the capital, then went on a countryside jaunt to shut down the Radcliffe power station near Nottingham.In September the by-annual DSEi weapons convention also returned to a mass of protest, targeting the financial backers of the arms industry, as Senser released their single Resistance Now.

November saw the G20 policing back in the news, this time for Commander Broadhurst, the G20 police operations chief, denying in parliament the existance of undercover police inside the protests.

Unfortunately for Broadhurst the video showing two undercover police appearing from a unit of police officers had been live on the Guardian website since the end of April. But it turned out there was not only two undercover officers but 25.

The final word of the year goes back to the English Defence League (EDL). Following their protest in Leeds issued me with a Fatwa.