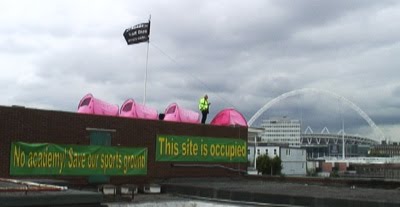 This week saw the release of the Tent City Occupation documentary trailer. The campaign to save a local sports ground and oppose the Ark Brent Academy in North-West London became the longest running protest against an academy school and delayed the project for more than five years.

Academy schools, the education legacy left behind by Tony Blair, are perceived by many as the route to full-blown privatisation of the UK state education system. Private sponsors take complete control of a school, including the education curriculum and work and pay conditions, but the tax-payer still funds the school. 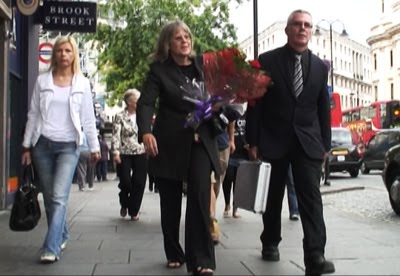 The release of the trailer comes in the same week The Times newspaper exposed nearly a quarter of academy schools are failing to reach their targets on GCSE exam results despite the schooling system being in place for more than eight years. The government still maintain their 2008 stance, that every school failing to meet GCSE targets face two choices – close or become an academy. 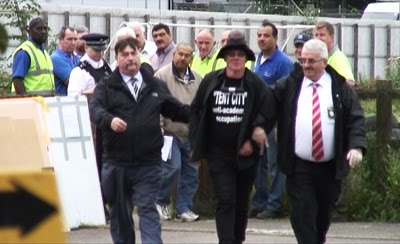 As well as documenting the protests and direct action taken by the local teachers and residents known as the Wembley Park Action Group, Tent City Occupation catalogues the policy back-tracking and bizarre vision of local democracy by Brent Council. 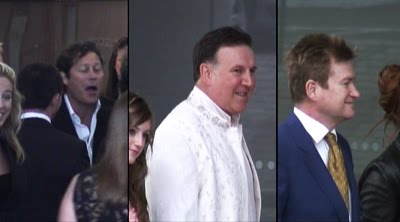 The Brent Academy sponsor Ark is also put into the spotlight, exposing the dealings and political connections of the children’s charity directors and trustees. 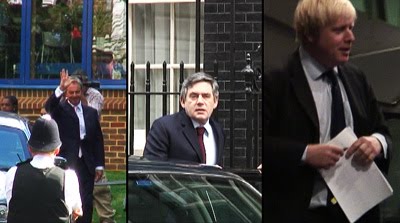 Having followed the story for over two years a back catalogue of YouTube films also documented the various going-ons in the last two years of the five-year fight for the Wembley Park sports ground.

The Tent City Occupation DVD will be relased in the near future, releasing the full 30-minute documentary along with all the YouTube films. Watch this space for the release.