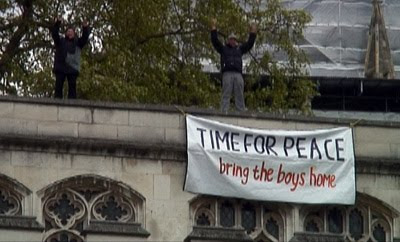 Tuesday 11 May 2010: Gordon Brown’s convoy tanked its way into Parliament for emergency meetings and hit the gas peddle on the way out, narrowly avoiding the press pack outside the gates of Westminster Palace. Peace protestor Brian Haw assaulted Daily Mirror photographers with a megaphone and two activists from the Democracy Village squatted camp on Parliament Square scaled St. Margaret’s Church and dropped anti-war banners. It was decision day in the much delayed UK election results. 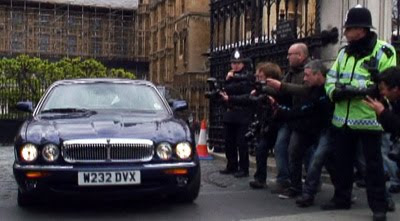 By nightfall Gordon Brown resigned and Conservative leader David Cameron was the new Prime Minister. Outside in Whitehall Conservative supporters massed outside Downing Street and around the nearby pubs, supping beer and champagne and singing pro-Cameron chants. But as one prison officer pointed out, not one of them was old enough to remember the last Tory government. 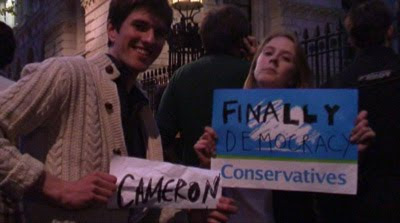 But it is not a total Tory government. No, the UK is now a Conservative-Liberal Democrat coalition, also known as the Con-Dem Nation. The coalition is weak though, with only a few token Liberals taking positions. Lib-Dem leader Nick Clegg as Deputy Prime Minister and Vince Cable is on George Osbourne’s treasury committee as Business Minister, taking advice from hedge funder and Lib-Dem investor Paul Marshall the HBOS short seller. 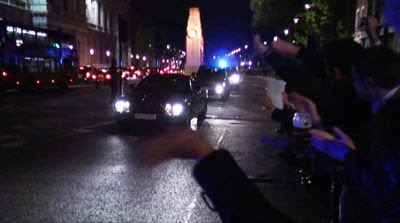 With strikes abound, protests massing and an impending visit from the IMF to impose similar measures to those that have caused huge unrest in Greece, the next five years “ain’t gonna to be nice, but they certainly ain’t gonna be boring”.