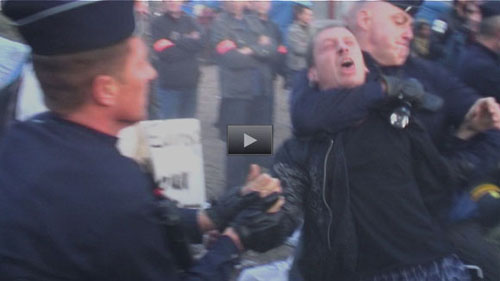 Police move in and arrest refugees and activists resisting the Jungle camp eviction in Calais. More than 500 refugees lived in makeshift homes in the forest just east of Calais town centre. They were mostly from the Middle East and were fleeing the War on Terror. They lived in the camp while attempting to enter the UK and seek asylum.