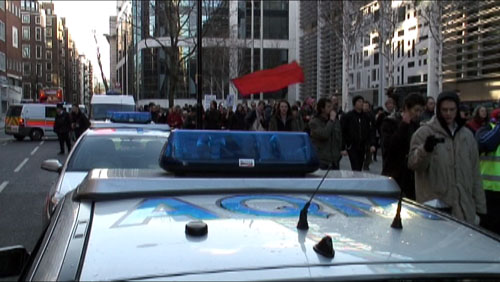 On Saturday 2 January 2008 at 1pm protestors gathered in Trafalgar Square for the Freedom of Assembly demonstration. 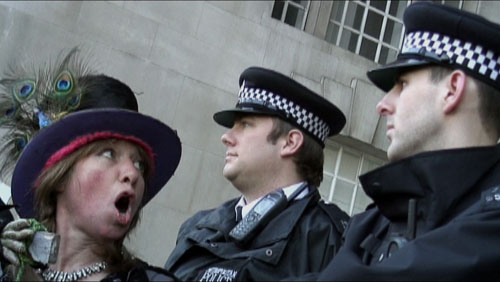 Thursday January 18 is the end of the public consultation process to decide whether the law will be repealed. But in the consultation paper it calls for expansion of those “conditions” on protest around parliament to encompass England and Wales, to “remove any confusion around conditions that can be imposed”.

The 200-strong protest marched, without police authorisation, into the SOCPA zone around parliament, from Trafalgar Square, past the Foreign Office, on to Parliament Square, to the Home Office, Scotland Yard, MI5 and back to Parliament Square, where a sit-down protest on the main junction was initiated. 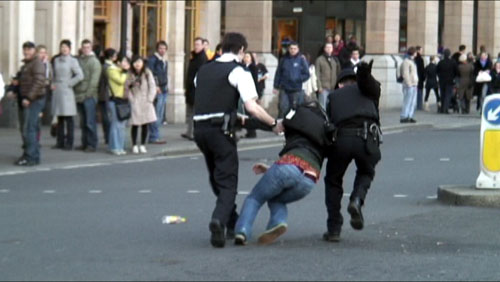 Then the Tactical Support Group (TSG) were brought in to install order. 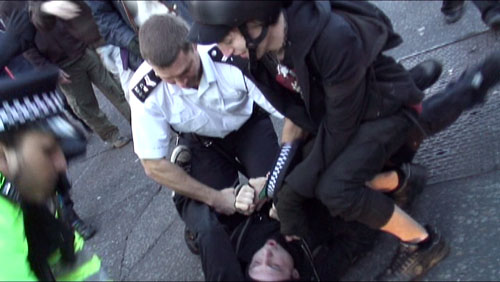 The march then moved towards Downing Street for a final showdown. 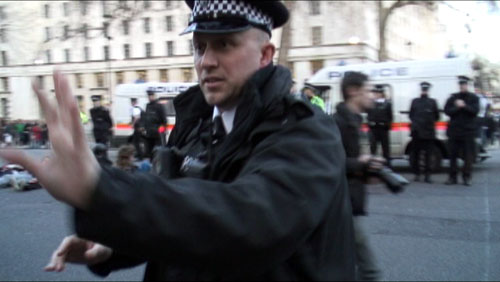 Police vans raced in and the TSG continued their heavy-handed policing, arresting seven people, including peace protestor Brian Haw, who was injured in the process, along with many others suffering bruises on pressure points. 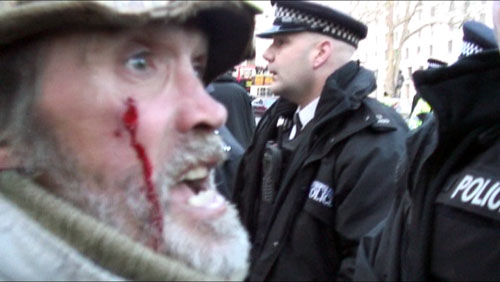 Two videos of that day are at Indymedia UK (video1, video2).

All footage and stills are (c) Jason N. Parkinson All Rights Reserved