>
Saturday 25 October 2008: The annual United Friends and Families Protest marched on Downing Street to highlight the numbers of deaths in custody for the tenth year.

http://www.youtube.com/get_player
10th United Families and Friends March 2008
According to media reports relating to deaths in custody and the UFFC claims, 182 people have died in police, prison and psychiactric costody in the last year. 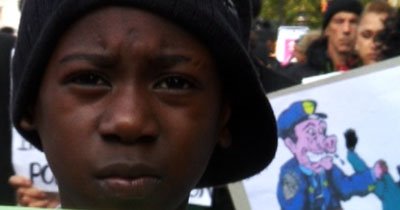 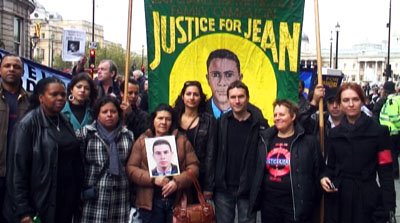 The family and friends of Jean Charles de Menezes

Interestingly, custody death figures are calculated over the same period as the working tax year.

A Home Office spokesperson told the BBC: “Around 1.5 million people are arrested each year and nearly four million others are subject to street activity through stop and search or street penalties.”