>
Thursday 18 December 2008: The International Federation of Journalists (IFJ) sent a thank you letter for delivering the film Press Freedom: Collateral Damage to the Paris press convention “Photojournalists: an endangered species in Europe”. 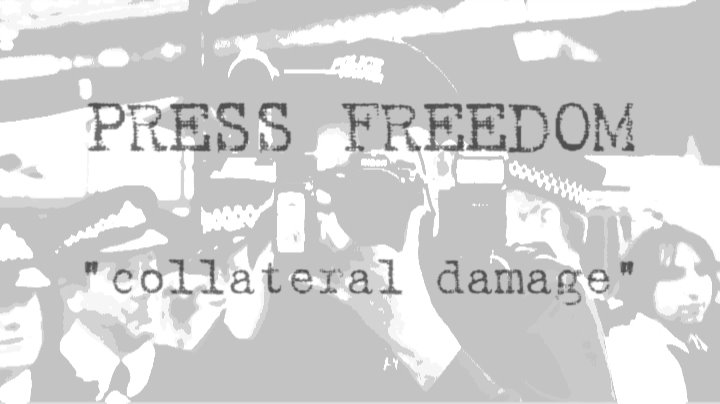 The letter also sent on words of support following injuries I sustained while covering the Greek embassy protest on December 8. 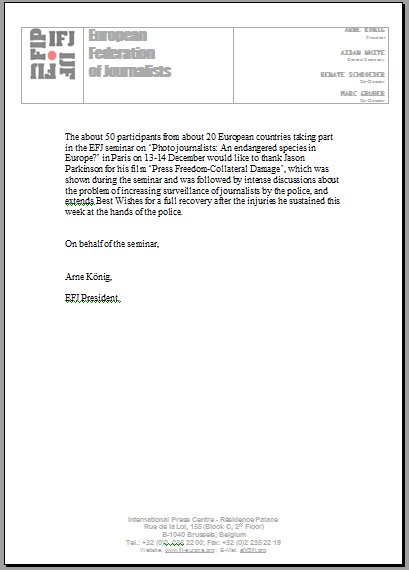 Following delivery of the footage to Sky News and Associated Press I was forced to the doctor on Tuesday morning, 9 december. The outcome of the examination was diagnosed internal bruising and swelling, and nerve damage, which was believed to be caused by the swelling putting pressure on the nerves, causing numbing and pains down my entire right leg.

The numb leg has gone now, as I write this, but pains and aches are still making it hard to walk far. Time and time again I am struck at the damage done from one relatively simple incident, compared to some of the more dangerous countries and situations I have operated in and walked away without a scratch.

But then again, no one ever said this job would make sense.