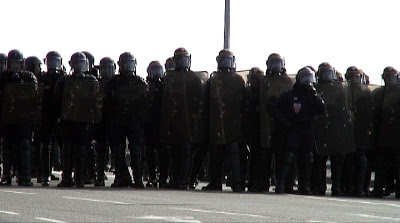 Teaser Film: Under Fire In Strasbourg

This short two-minute film I put together this afternoon to give a hint of the material gathered this year, especially over the last week, with the G20 protests in London that left one man dead and the anti-NATO protests in Strasbourg. Also it heralds the being work for one of my old time favourite bands Senser. 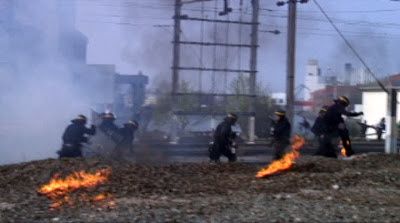 The film is also there to depict what photojournalists and and other camera operators go through to get the footage and stills out, which is not easy when you’re pinned down between the CRS riot squad and Black Bloc, and have tear gas and rubber bullets coming in from the right and rocks, fireworks and molotovs coming in from the left.

There will be more on the Strasbourg protests and the London G20 riots coming out over the next few weeks.