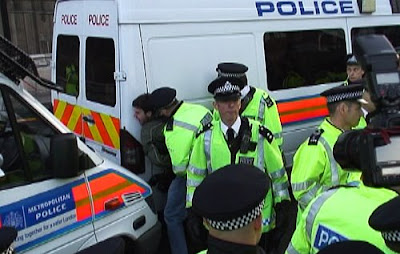 Video Rush: Police Forcibly Detain Press Photographer
Monday 18 May 2009 – 8.20pm: While covering the London Tamil protest an NUJ press photographer was violently grabbed by TSG police officers and detained. Although he asked why he was “being arrested” he received no answer. 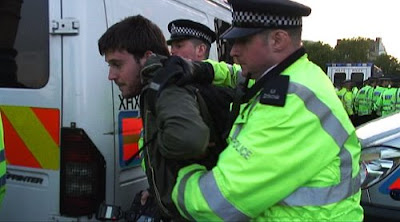 He was detained in a police van, questioned by police and name-checked on the Police National Computer system. Other NUJ photographers and journalists negotigated his release. NUJ General Secretary spoke to an inspector at the scene via cell phone and also demanded the release of Tallis.