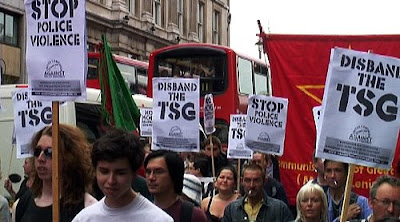 The protest surrounded London’s central police station, read out the names of those who died in police custody and released black balloons to comemorate the dead. The family of Sean Rigg attended and spoke at the rally outside NSY.