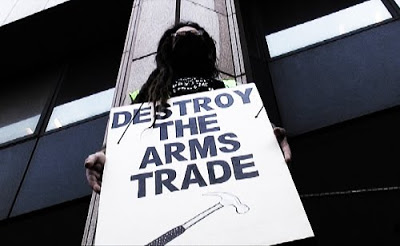 Tuesday 8 and Thursday 10 September 2009: Anti-arms campaigners took to the streets of London to protest the bi-annual Defence Systems and Equipment International (DSEi) weapons convention, the largest weapons fair in the world. 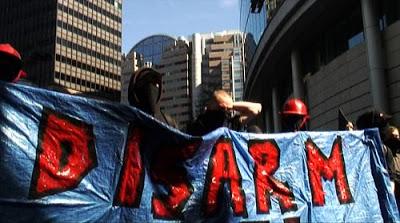 In contrast to previous year’s protests, campaigners from Campaign Against the Arms Trade (CAAT) to activists from Brighton-based Smash ITT/EDO targeted the financial backers of the arms trade rather than the weapons convention itself, which is held at the London Docklands ExCel centre. 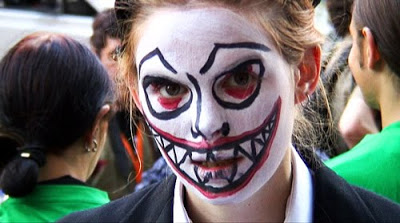 Tuesday saw a tour of London’s financial district to hammer on the windows and throw shoes at the likes of Royal Bank of Scotland (RBS), Barclays, Lloyds, British Telecom (BT) and Axa, where an attempt to storm the foyer left the main door shattered. 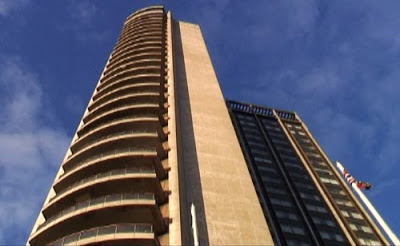 Thursday evening is traditionally the arms dealer’s dinner, but this year the event was moved from the usual venue, the Dorchester hotel, to the Park Lane Hilton because Tony Blair’s wife, Cherie, was holding her own dinner event there. 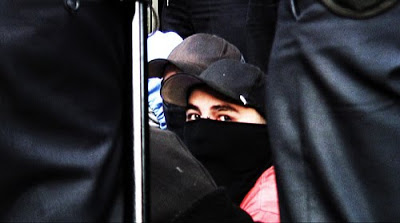 The protest was entirely peaceful, if somewhat noisy, when private security – either from the Hilton hotel or from the arms dealers themselves – attacked the protest. Section 14 of the Public Order Act was invoked and police tried to remove the 30 or so protestors to put them in a caged area, more commonly known as a “pen”. 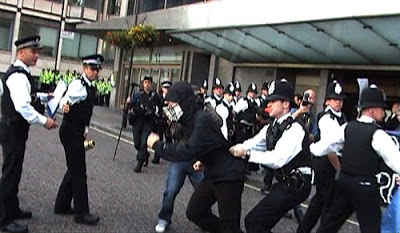 The protestors resorted to a sit-down demo. Some were removed and dragged away. New Scotland Yard press office confirmed ten people were arrested for failing to comply with the Seciton 14 order. 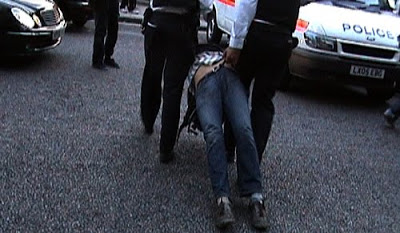 All material on this blog – stills, video and print – is © Jason N. Parkinson 2009. All Rights Reserved.