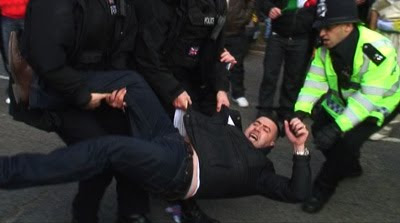 Some Iraqi-Kurds were complaining they were not being allowed to vote, despite holding all the correct documents. Police officers backed up by the TSG riot squad attempted to put them into a protest-style pen. This only agitated the crowd further and they blocked the street in a sit-down protest, shouting “let us vote”.

The TSG officers moved in to clear the street, arrested one man and attempted to move him in a police truck. Protestors then tried to halt the truck, scuffles broke out as officers used force to remove them and bottles and rocks were thrown. Then the shields and batons came out.

In all 13 people were arrested that day, four for violent disorder. The footage is available from Associated Press Television News. 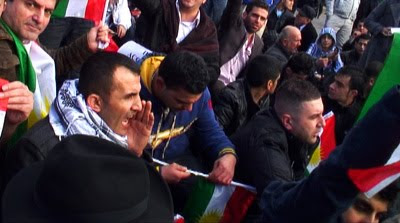