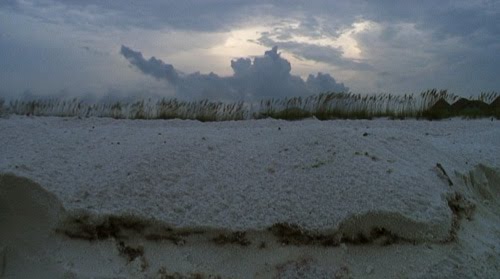 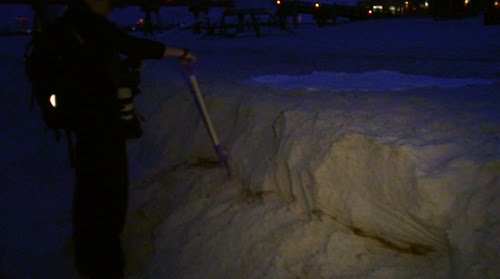 Sunday 16 August 2010: Local people on Pensacola Beach, Florida, spoke of the oil slicks and tar balls that were never removed, meerly covered over with sand by BP clean-up workers at night. These images were captured the day after President Obama stood in Pensacola, declared the beach “open for business” and took his family swimming. 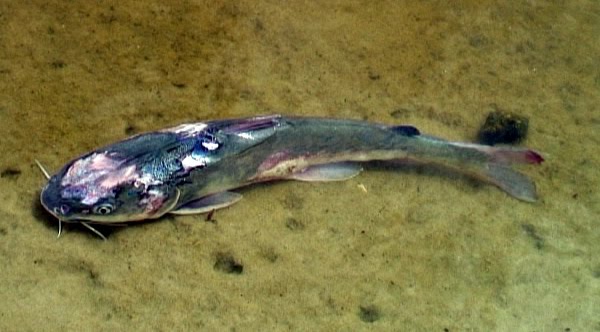 Monday 16 August 2010: A dying catfish, one of several, in a tidal lagoon on Dauphin Island beach, near Mobile, Alabama, appeared to be suffering from burns to its head and body. 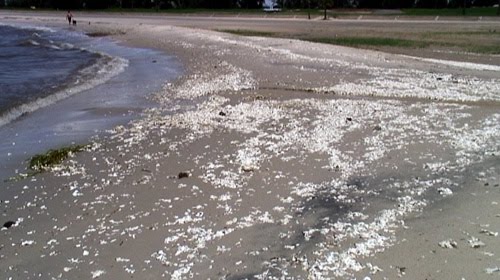 Tuesday 17 August 2010: Following the return of tropical depression number five an oil clean-up boom lay strewn across Pass Christian beach, Mississipi, the beach showing signs of oil staining, prompting the question who is going to clean up after the clean up? 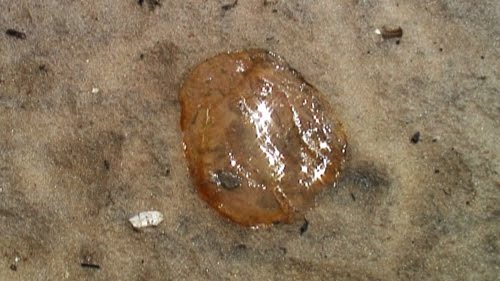 The coastline from Biloxi to Pass Christian, Mississipi, was littered with these brown jellyfish. The trouble is, according to locals, these jellyfish should be clear with pink, purple or blue internal organs and are often luminous – they don’t come in brown. 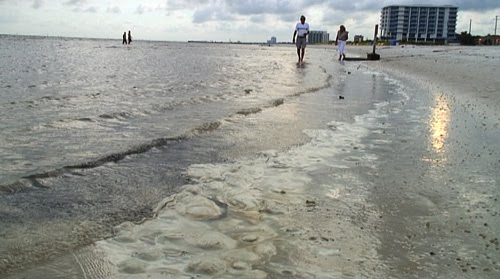 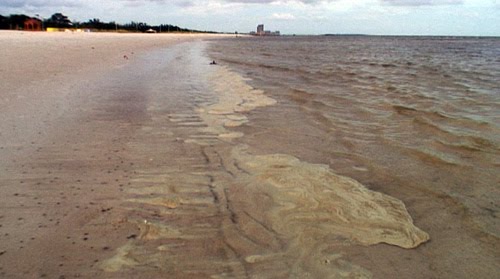 By Tuesday evening, following several storms that swept in off the Gulf of Mexico, the coastline from Pass Christian to Biloxi in Mississippi was covered in a white and brown mousse-like foam, suspected of being a mixture of Corexit and dispersed oil. Experts claim the combined chemicals are more toxic than oil or dispersant alone. After spending several hours documenting this mousse, our team suffered the following health effects – skin irritation, sore throat, headaches, stomach pains and diarrhoea. 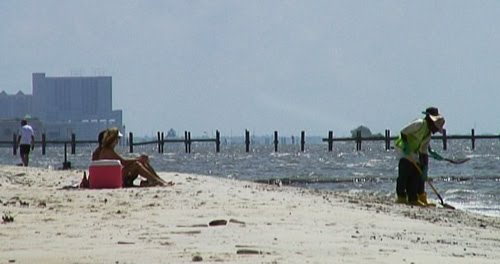 The BP clean-up teams along this 25 mile stretch of white sandy coastline massed to groups of twos and threes, with shovels and buckets, wellington boots and rubber gloves and not much else. In all there were approximately five teams, several larger with an occasional sand skimming machine.