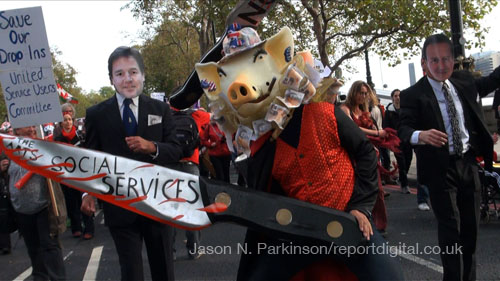 On Saturday 20 October 2012, more than 100,000 people marched through London on the TUC protest against austerity cuts.

A breakaway group of several hundred protestors headed for Oxford Street and began targeting stores for being involved in the Workfare program and tax evasion.