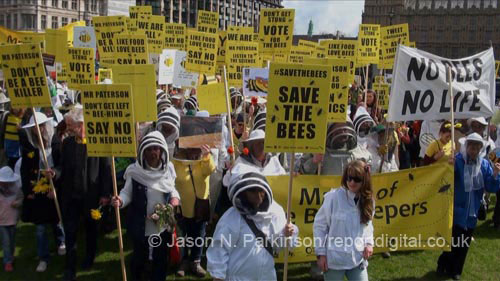 Monday 29 April: Today the European Union banned Neonicotinoid pesticides, which are blamed for the death of bees worldwide. The UK government opposed the ban because chemical company tests said there was no conclusive proof.

On Friday 26 April several hundred protestors gathered outside parliament in a Save The Bees demonstration.