END_OF_DOCUMENT_TOKEN_TO_BE_REPLACED

This video rush captures some of the shots taken while stuck at the Rafah Crossing at the mercy of one Egyptian military general.

The border control had become a playground for Bedouin children and a micro-economy for the Bedouin people living around the Egyptian/Gaza border. The men run bags and goods on trolleys for people passing through the border for one Egyptian pound each time (10 pence). The women sold fresh and dried nuts, seeds and beans.

It was well known throughout the Bedouin the main trade was through the tunnels. It was the largest economy along the border. Under pressure from Israel, the Egyptian authorities built a wall along the entire southern border that cut four metres went into the ground.

Did this stop the tunnels? No. They just dug down twenty metres, underneath the subterranean wall. When people learned we were being stopped from entering Gaza, some offered us the tunnels, jokingly. When desperation took hold and I finally asked about the tunnels, nearly all told me it had become so dangerous in recent weeks that no one would take us through. That week, just before we arrived at the Rafah crossing 19 people had been shot and killed exiting a tunnel into Gaza. One thing we learned very quickly from the Bedouin, many things happened on the border that would never get reported wider than by word of mouth. Like the Israelis shooting the Egyptian military. This was local news only.

The Bedouin are very simple people. They want nothing to do with cities, technology and all the noise and chaos that come with it. They prefer the desert, the quiet and to farm the land – which is not an easy thing to do in a desert. The water sits some sixty metres down in the sand and the only way to extract it is with an extensive water pump system that costs in the region 20,000 Egyptian pounds, nearly twice the average annual wage.

But the Bedouin do not earn an average wage due to their status in Egyptian society. Just like in Israel, they are considered second class citizens, criminals, violent – something to be feared. They earn around 100 Egyptian pounds a day, half the wage of an Egyptian. Those scraping a living on the Rafah crossing earn substantially less. Their living standards and housing reflect this, ignored by the previous regime and certainly no support given to irrigate the desert for agriculture. Add to that brutality the Bedouin faced daily from state security under Mubarak, beaten, arrested, extorted, banished from nearby cities. Their old way of life, that of nomadic tribes had more or less been made illegal, if not just impossible.

But for all the negative talk we heard before leaving for the Rafah Crossing we found the Bedouin, inviting, friendly and warm, quiet, respectful people who just wanted to be left alone to live their lives. Nothing more, nothing less. 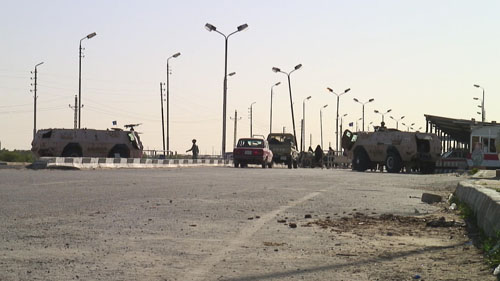 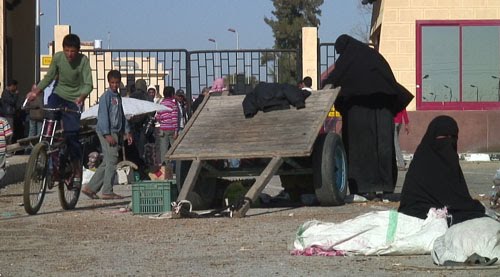