>
In early 2006 I met with Sadiq Alwohali, an FA acredited international football coach. He was born in Sadr City, the poorest area in Iraq, but escaped Saddam Hussien’s regime and sought residency in Britain, where he trained towards his life-long ambition, to be a footaball coach. 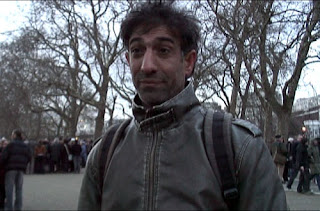 For two years Sadiq has self-funded his dream, the Football For Change Iraq program, to train footballers and football coaches in Iraq.

In 2006 Sadiq brought children over from Sadr City to play in friendly tornaments with children from deprived areas of London, but the UK government in Jordan intervened and refused to issue visas to the Iraqi children.

Since then Sadiq has returned to Iraq and begun training the children and adults in his own city.

The Football For Change Iraq program was reported on by The Times and The Independent in January 2008.

I caught up with Sadiq in Hyde Park and interviewed him on his continuing project, and the reasons behind why he feels such programs should continue.