Sunday 6 April 2008: Londoners gathered along the route to greet the Bejing Olympic Torch relay. Needless to say most were there to oppose the torch, due to the recent repression in Tibet by Chinese forces. 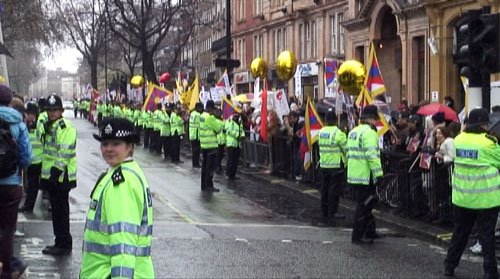 Some 2000 officers were drafted into police the torch relay route, as protestors attempted to disrupt the event from its outset at Wembley Stadium. 37 people were arrested.