>
Monday 4 August 2008: It was 5am when I arrived at the Wembley Park Sports Ground on Forty Avenue and Bridge Road, the site of a two year long struggle to save one of the remaining cheap, and often free, sports field and other facilities for the local children and broader community. 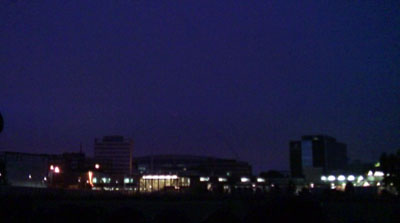 The tireless campaign by local teachers and residents under the title Tent City Occupation ended on Friday 18 July, as Brent NUT and ATL Secretary Hank Roberts locked himself by the neck to the sports ground banquet hall rooftop flagpole and defied the county court eviction order imposed earlier in the week, along with costs of £3,750 ($6,652).

But unbeknown to Brent Council, the fight to save the sports ground and make a stand against the privatisation of UK state education – under the confusing name of Academy, or Academisation, as the English language yet again invented another word to keep up with rapid changes in social and economic structure – unbeknown to all, including Tent City Occupation, a group of young international protestors had other ideas for the site.

One week after Roberts was removed from the roof and banned from the site for two years, the Grass Roots Alliance for Social Sports (G.R.A.S.S) took root and re-squatted the land. 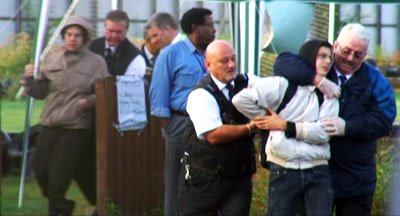 But on that first Monday morning in August it started to get nasty. The court eviction order used to evict the G.R.A.S.S protestors was only valid against the businesses and the Tent City Occupation, yet council officials refused any discussion on this, instead turning to brute force to evict anyone in their way.

Brent Council officials argued that it was an all-encompassing eviction order, therefore they had the right to evict everyone, including the press trying to cover the incident. Local press photographer Stuart Emmerson was assaulted by a council official in the process. 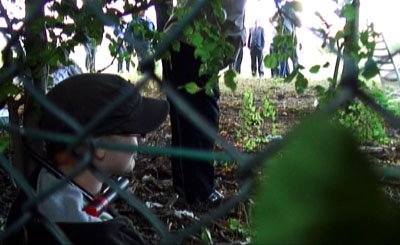 A Brent spokesperson denied that anyone was assaulted, but looking back over the video evidence, when protestor Emma was pulled by three bailiffs from the tree where she was locked by the neck she was strangled for an instant and later hurled across the pavement, or when another protestor was led out in a neck and arm lock, that would seem, to this investigative video journalist, to be an excessive use of force, especially when no one was resisting. 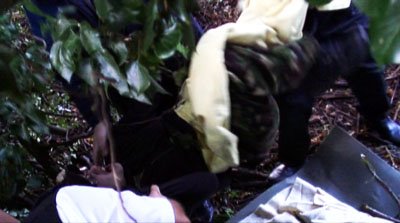 Assault is an interesting word, as it depends on who you ask what is “assault”. A council bailiff, or a police officer might disagree, but a lawyer looking at this video may well think differently. 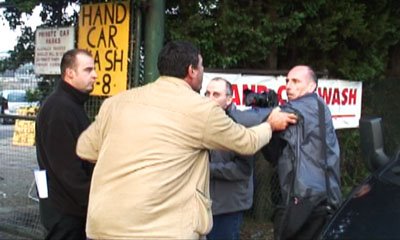 The four squatters in the house on the property were also evicted by the bailiffs that morning. John and Katie, who lived in the squat due to the poverty trap of not being able to afford the rising costs of property rental in the increasingly gentrified area of Wembley, claimed at no time had they been informed by Brent Council to vacate the property. The first thing they knew about their eviction was a bailiff with an attack dog kicking in their door at seven in the morning.

Again, the Brent Council spokesperson said the previous eviction order covered everyone, including the “illegal squatters”.

No matter what one thinks of squatters, the law of the land is there for a reason, and there are laws, rules, regulations and a process to follow when evicting squatters. When a council chooses to ignore those laws and pursue its own agenda there has been a serious collapse in democratic policy. 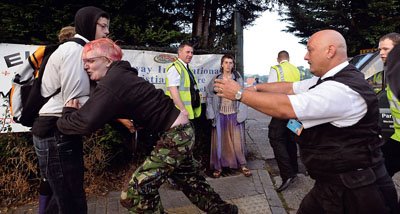 Wembley Park Sports Ground is now in locked down. CCTV and guard dog warning signs adorn the surrounding fences. Security officers patrol the site day and night. Temporary accommodation is sprouting up and the rear end of the playing fields has been torn up by construction vehicles, as has the area where the original Tent City Occupation pitched their tents.

A Brent Council spokesperson stated the site would re-open to the public “once there is no longer a health and safety risk”.

The spokesperson then went on to add, “We hope to make the sports ground available for wider community use, out of school hours. The school can’t operate at a loss when offering its facilities, but it would offer affordable prices for groups to continue using the site for sport.“

These statements seem to go back on what Brent Council Project Manager Robert Lanwarne said back in May this year.

Lanwarne stated: “Brent Council and Ark are committed to making the facility available to the community.” There was no mention of “out of school hours”. So the community accessibility has already diminished, which is the opposite of Lanwarne’s claim the facilities would be “enhanced”.

Lanwarne also stated the development will be around the “perimeter of the site”, yet the video shows the temporary accommodation already encroaching into parts of the sports field.

It would seem, as has been the case throughout all my coverage of this campaign against school privatisation, the local authority has a chronic case of “doublethink” and “newspeak“.

For now, the community has lost a valuable space for the young and old, in a time when even Government studies into youth crime and gang culture stated firmly the main cause of this and poor education is poverty and lack of community facilities.

Maybe Brent Council should listen to the recent warnings from Lambeth Council that taking away valuable community space can only lead to a worsening social problem.

Below is the video of GRASS: The Battle For Wembley Sports Ground.

Reel News has been covering the academisation of the UK education system since the beginning.