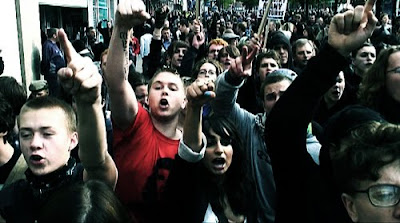 Video Rush: EDL & UAF Manchester Protests
Saturday 10 October 2009: It was the return of Nazi “Sieg Heil” salutes and the racists chants of, “If you all hate Pakis clap your hands” – something they say they are completely against – as the English Defence League (EDL) returned to the streets of the UK, this time it was in Manchester. 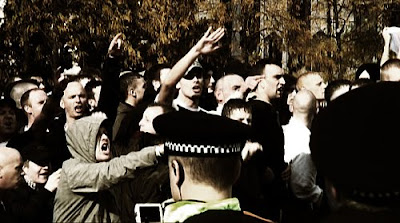 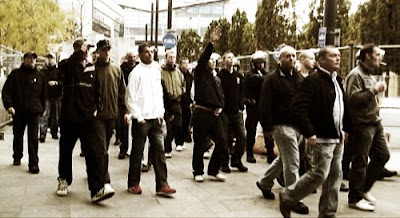 Despite last month’s Guardian newspaper exposing the EDL links to the Britsh National Party and other such groups, the EDL maintain they are non-racist, non-violent and a multicultural group with a membership of thousands across the UK. 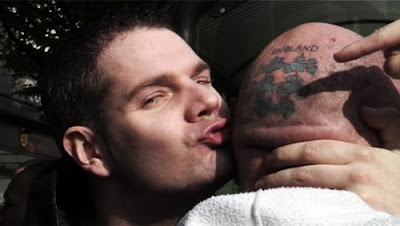 Saturday’s EDL numbers must now draw concern that they can pull in a large crowd of up to 1000 people for their protests, with supporters travelling to Manchester from Southampton, Bristol, Arsenal in London, Wales and Scotland.

This may have had something to do with the England football match not being televised, but also the fact – as the interview shows – disillusioned, angry white youths are turning to the EDL in the face of the current social and economic ills, because they see no future in any other political group. That is something that needs addressing, and quick. 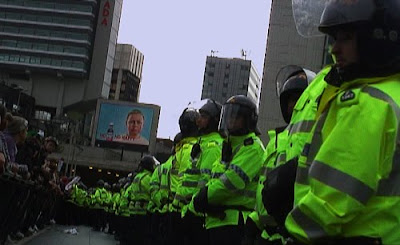 While the main demonstrations of EDL and UAF were kept apart by 500 police officers, at a cost of £200,000 to the UK taxpayer, clashes erupted in the surrounding streets leading to 48 arrests. Police used dogs to deter violence, but that only led to more violence, as numerous people from both protests and a several journalists suffered dog bites.

Previous Films of the EDL

Previous Blogs on the EDL