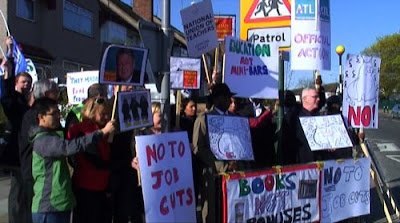 Academy sponsor E-ACT is forcing through redundancies at the school, claiming a lack of budget funds is causing the redundancies.

This claim came as E-ACT staff blew the whistle on director Bruce Liddington’s expenses, on top of his £265,000 annnual salary. Coming some three years since the beginning of my coverage of the campaigns against the Academy school system, which culminated in the 30-minute documentary Tent City Occupation, this short film confirms many of the initial fears that led those campaigns. Academy school sponsors are considered private interests, despite being funded by the tax-payer, and are thus exempt from the Freedom of Information Act. This leaves all Academy sponsors devoid of public scrutiny and investigation.

Liddington, former schools commissioner for Labour and staunch pro-Academy advocate, replaced E-ACT director Lord Bhatia following a £70,000 hole in the funds of the then titled Edutrust. 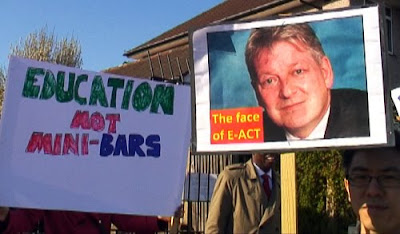