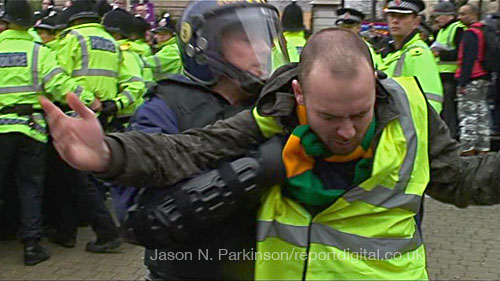 Last year I was part of the united front by broadcasters, led by the National Union of Journalists (NUJ), to take a court order for journalistic material seizure to the high court and challenge it on the grounds of press freedom. After an eight month legal battle we won and the production order was overturned.

Less than a year since that landmark ruling I am facing another attempted seizure of unpublished footage, this time from the 2010 English Defence League (EDL) protest and Unite Against Fascism (UAF) counter protest. With support from the NUJ it looks like I will be attending a Crown Court in Manchester next Monday, 18 February, to argue the case that we are news-gatherers and not police evidence gatherers yet again.