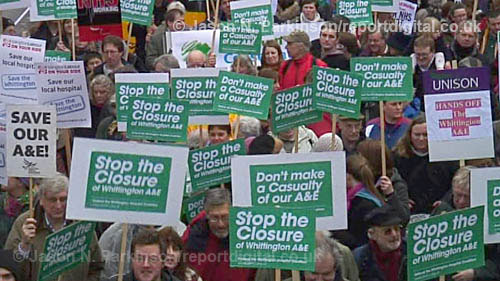 In February 2010 hundreds of people marched on the Whittington Hospital in Archway, North London, against the planned closure of the Accident and Emergency department. MP Jeremy Corbyn warned of further cuts and complete hospital closures. Now, three years later the Whittington faces further cuts to its services. Simply documenting this first protest back then exposes the slow and steady erosion of the NHS.