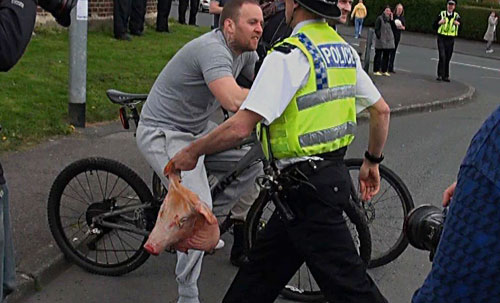 Saturday 4 May: Several hundred English Defence League (EDL) protestors marched through Moortown in Leeds, to oppose the site of an abandoned pub being turned into an Islamic community centre. During several clashes two severed pigs heads were thrown at police officers. Four people were arrested.

Footage is available from Ruptly