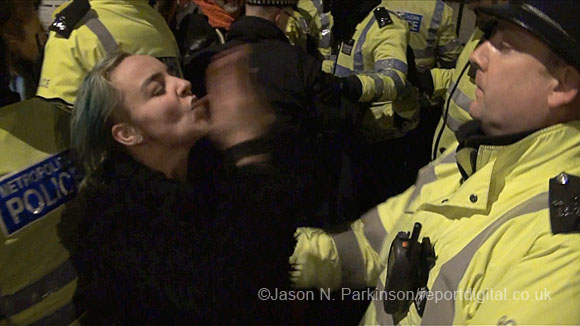 Following the Christmas Day eviction from the central London Royal Bank of Scotland premises the Love Activists set up a soup kitchen outside, giving out food, tea and coffee to the homeless. On the night before New Years Eve police and council officials forcibly evicted the soup kitchen, in order to clear the streets for the revellers due to descend on the capital for the first ever ticket only end of year fireworks party.