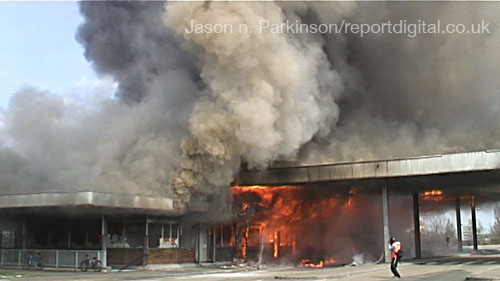 Protestors smash and burn an abandoned border control building during the 2009 No Nato protests in Strasbourg, France.

Footage from the Strasbourg protests featured in the 2010 Senser music video Resistance Now.