Friday 27 January 2012: After the #bankofideas faced eviction, Occupy London protestors attempted to squat another building they thought was a disused Iraqi bank. It turned out it was the Iraqi government Commercial Attache building and still held diplomatic status. Five people were arrested, four for trespassing on a consular post. 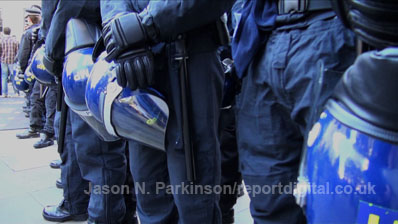